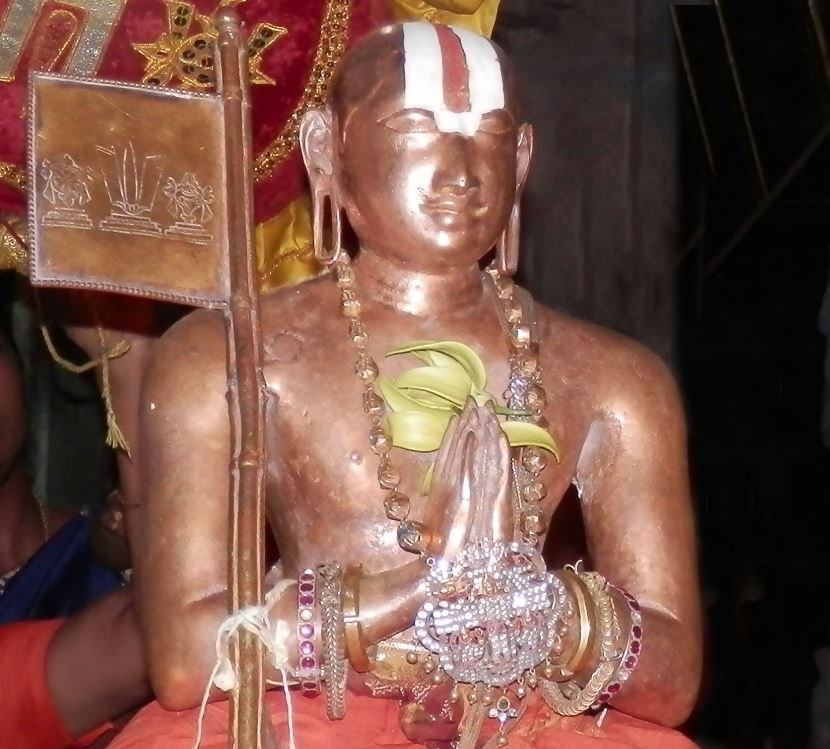 Hindu Dharma extols 16 Samskaarams, tenets to be followed in one’s life. Some occur in the Vedas, some in Smritis, Some in Grihya Sutras, and so on. Right from the time of birth to the time of the last breath, these tenets prove to be a guiding light. Of these, the two most important ones are marriage ceremonies, and death ceremonies. Many of us are plagued by innumerable questions about these ceremonies, beginning with “Is all this even necessary?!

Anyone is free to delve deep into these Shastras, research and understand the reason and rationale behind each act. Texts and meanings of our Shastras have been explained in great length by many learned scholars. Sri Velukkudi Krishnan Swami himself has explained about the Shraaddham ceremonies in many of his enpani audios. In this text, let us look at what he has to say about the ceremony of Kanya Daanam.

We live in an age where confusion reigns supreme. This confusion is caused by the superficial understanding of things, rather than the deeper meaning. As regards Kanya Daanam, many questions have arisen. Is this whole act a form of insult to the girl? Is she a commodity? Isn’t she a living, breathing, fellow human being having feelings?. Why is she given as an offering, like how a land or a cow or an ornament is given? Is this not a form of degradation? Such questions are rife.

Yes, it is true that the father gives the girl as Daanam or offering in this ceremony. But in actuality, who does he offer her to? If we carefully listen to the mantras we realise that it is such a lofty ideal. The to-be son in law, is embodied as Vishnu himself, and the daughter Mahalakshmi. “Vishnu Roopaya Varaaya”, goes the manthra. With Agni as witness, the marriage ceremony in actuality is a celestial experience. The Bhaavam or the spirit of the occasion should never be confined or reduced to a mere human to human transaction. It is a lot more than that. The boy should attain so much more responsibility and humility when he is embodied as Vishnu.

Now we may ask, anyone can be given as an offering to Vishnu, isn’t it? Why only the daughter? If one sees everyone as Atmas, then the gender debate does not arise at all. The Shastras say that Vishnu Bhagavan is the only Purusha or male and all atmas in their inherent nature are in the Stree position. We have taken birth in the form of a male or a female, but a female birth is so superior, because she can attain the Lord so easily. Andal is a stellar example. All the other Azhwars had to shed their male bodies and only then attain Vishnu. Even though in their hearts they could imagine to be unified with the Lord, it is only Andal who could unite with Perumal, while alive, in her human body.

There are many ceremonies in a marriage, and we should take care not to lose the significance of them, for our own good. We should attempt to understand the deeper and loftier meanings associated with them.

The other issue raised pertaining to Kanyadaanam is this – when something is given as daanam, or offering, it no longer belongs to us, so would it not mean that the tie between the girl and her parents gets cut or severed?  This is a false notion. Take for example, the relationship between a Guru and Sishya. The Guru gives Vidya Daanam. He does not take any fees, but selflessly imparts knowledge to his Sishya. Does he lose his Vidya? Is the connection between him and his vidyaa severed completely, just because he gives Daanam?

The same is the case with Kanya Daanam. The bond between the parents and daughter can never be and is never severed. The son- in-law worships the father in law, and vice versa. Bonds are only strengthened, not severed.

Another anecdote in our puranas finds expression in Andal’s Thiruppaavai. The Gopikas ask Mahalakshmi, “along with a mirror, and a fan, give us your beloved Krishna as well”, and in this case, Krishna is Himself given to the Gopikas. This is not disrespect to Krishna, but an act of absolute love and devotion to the Lord.

We can find yet another example in the Ramayana. Vishwamithra asks Dasaratha to “give” Rama to protect the Rishis’ yagas. Rama is not sent, but given by Dasaratha.

Lastly, while alluding to Rama, he is often called, Kousalya’s son, Dasaratha’s son. He is also called Janaka’s son in law. This goes to tell us that even God does not sever any relationship, and nothing is really lost by Kanya Daanam.

We should understand and believe that our Rishis and our Shaastras will never mean harm or disrespect for us. They will always mean the best for us to live a life of happiness, abundance and devotion. 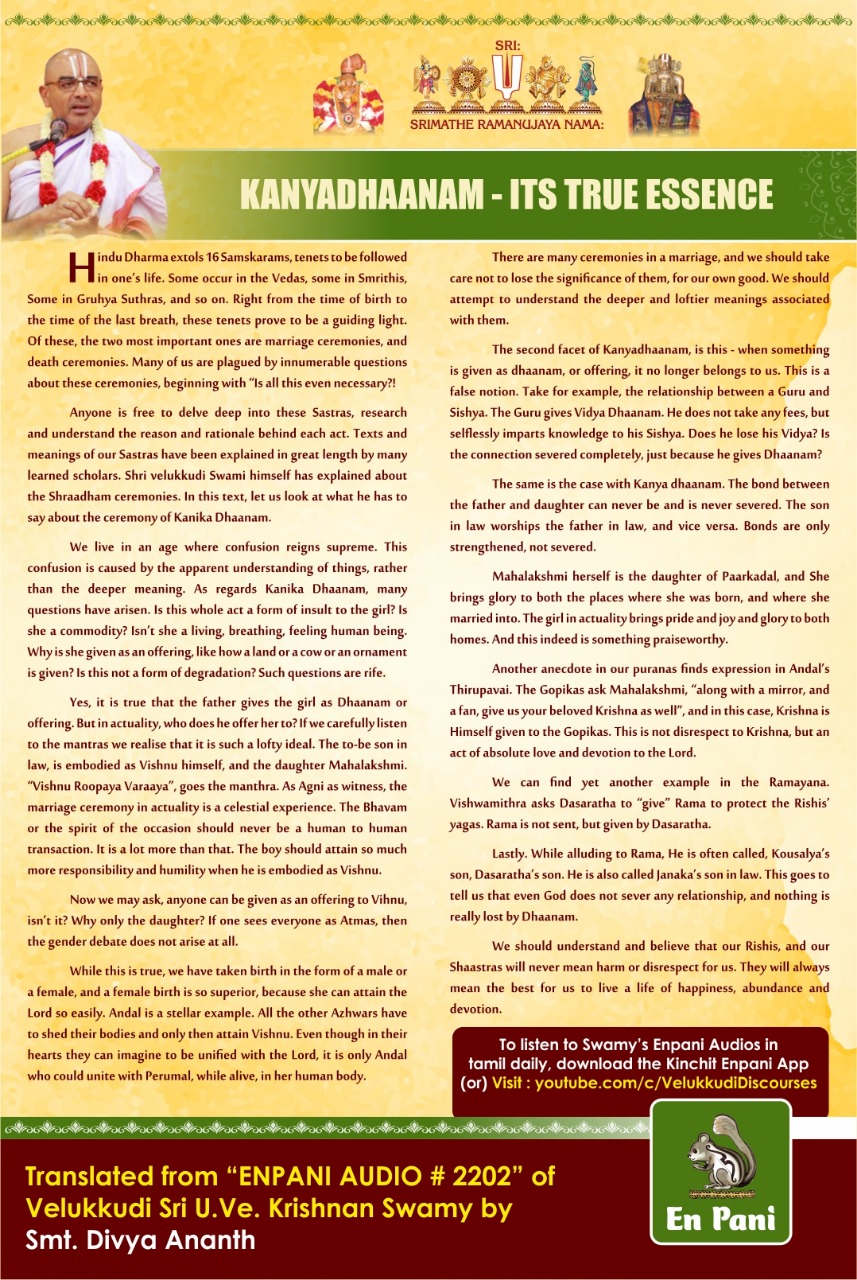 Go To En PaNi No.